Warning for Parents: Protect Our Children 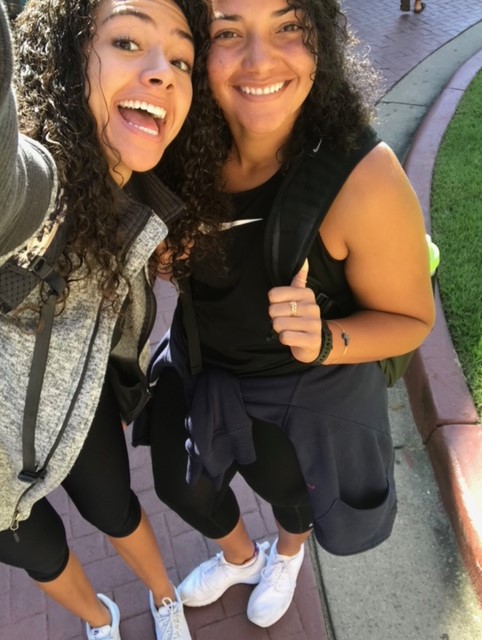 Deep Breath. Big Sigh. Tears in my Eyes. I have been contemplating writing this blog since August. I was not able to write about these incidences that occurred in August when they happened because quite honestly, I was just too upset. I talked with my baby girl this past weekend and decided to write about it now. It is so emotional for me to write about; however, I know that it is important to share what happened because it helps parents to be aware of tactics that sexual predators try to utilize on our children.

My daughter and her friends were having a yard sale in August. MiKayla has been blessed with a group of friends that has stayed together through so many of her school years. They had all graduated from high school this past May and had decided to do a group yard sale to try to sell items that they no longer needed. They also knew that it would be great to make some money before they all headed off to college. The yard sale was set  to last two days. On the first day of the yard sale, MiKayla was approached by a man that she did not know. He came specifically to her. He knew her name and my name. He created a story about having a gift for me. He said that I had inspired him. On that first day at the yard sale when MiKayla was approached by him then there were things that he was saying that were not making sense. He talked to her about The Lord. He acted like he knew our family. It was difficult for MiKayla to understand if he was trying to imply that he had worked with her dad and I. He said things like he just “did not know how he was going to get me this gift”.

That night when MiKayla and I were both home then she told me about her interaction. She described it as weird. I had a bad feeling as she told me this story. Her dad and I had worked with lots of people through the years. The story just did not make sense. He told her that he had really “jazzed” up this gift that he wanted to give to me. I asked MiKayla if she ever saw him again to try to get his name and try to find out who he was. I asked her to ask the people around her; however, I hoped that was the end of seeing him.

The next day was the final day of the yard sale, and he came and approached MiKayla again. This time he did not even try to act like he was trying to buy anything. He just headed straight for my baby girl. What he did not know was that my daughter had the wisdom to video him and send it to me as he approached her. His story continued about that he had something for me. He told her that he did not know how he was going to get it to me. He asked for HER contact information. She did not give him her phone number or her address. She gave him an email. After this exchange, he left.

Because the yard sale was held on the parking lot of a daycare and there were children present then he had written his own ticket. He was not allowed on the lot of any daycare because he was a convicted sexual offender. The state police asked me to shut the yard sale down, and they were taking matters from there. It made me feel like throwing up to think about this sexual offender targeting my daughter. I do not even know how to describe all of the feelings that I have had  on and since that day about this situation.

I shared a previous blog regarding the sexual abuse that I dealt with when I was very young entitled “Grieving Sexual Abuse: The Death of Innocence” from January 10th of this year. It is a very sensitive topic for my family, and if you do read that blog and want to discuss it then I would ask out of respect for my family that you do not questions of them or talk to them about it. If you would like to discuss it or have questions, then I am happy to discuss it with you. However, every person deals with these situations differently, and some of my family members do not like to discuss it so please direct your questions or thoughts my way. Thank you for respecting this sensitive issue and time for my family.

My point in bringing my blog on that abuse back up is to illustrate that from my own trauma as a little girl that I endured then this is a very sensitive and triggering topic for me. I was so emotionally upset when this situation occurred of my own daughter being targeted by a sexual offender. I know that there are many sexual predators out there, and it is crucial as parents that we keep the communication lines open with our children and try to prepare them for situations that they may tragically encounter. I know that many hate to even think about the possibilities of their children encountering these predators; however, it is crucial that we prepare our children for these situations.

When I discussed writing about this with Mikayla this past weekend, then her urging for me to write about it was so strong. I wanted to make sure that she wanted it written about being it happened to her. She was emphatic. She wanted me to share what happened with others. I am so proud of her. She wants others to be aware of tactics that sexual predators use and how they try to create a familiarity that does not exist. This man was trying to act as if he knew us. He was lying and saying that I had inspired him. It makes me sick thinking about his tactics, but awareness is so important for our children with predators.

Many are familiar with our story and with who we are because it has been shared not only in social media but also in newspapers. My children have also been in the papers countless times for their various achievements. My girls and I have discussed many times about not sharing their locations on social media as this most definitely seems like an invite to some of these predators. May I strongly emphasize that it is NOT an invite.  I encourage my daughters not to share their locations. So many social media apps have it built in to share your location. Please teach your children to stay away from this. There was no way for MiKayla not to share the location of a yard sale. People needed to know where it was going to be in order to come. Neither of us imagined that some predator would utilize it as an opportunity to approach her. Thankfully, she was wise and was protected. However, many predators watch the sharing of locations and lay in wait for an opportunity to prey on their targeted victims. Please teach your children the dangers of sharing their locations. Please show them how to turn these options off or to not choose them while they are there. This is a crucial aspect of their protection.

We have been through so much together as a family. After losing my husband in a work related accident in August 2011 and my only son at the age of 18 in a car accident in June 2013, then my two daughters and I have encountered so much emotional pain. The deaths of my husband and son occurring only 22 months apart had and have significant effects on the girls and I that we are battling to overcome. Fear and anxiety are two issues that the girls and I battle to overcome. We do not want either of these to control our lives or minds. Open communication continues to be a significant goal for the girls and I. This open communication was crucial in dealing with this sexual predator who was clearly targeting my baby girl. We want to keep our communication lines open with what we are experiencing, thinking, and feeling. I encourage you to have that same sort of communication with your own children. You never know how much that open communication will help all of you and protect harm from coming to your children.

Please share with them about people like this and help them to prepare for situations like this. I know that each of you want to keep your children safe and protected just as I do. Because these incidences from August were emotionally upsetting for MiKayla then I am going to request the same that I did for my family with the sexual abuse blog. If you have questions or want to discuss then please direct it my way. MiKayla wanted me to share about this. However, I want her to discuss it when she wants to and not to have to worry about it coming up at times that she doesn’t. Thank you for respecting that.

Please teach your children to listen to their guts and to be wise and cautious around others. Please teach them about sexual predators and teach them tips for staying safe. There is a great deal of literature available on items to tell your children in order to create awareness and security. You will not regret it.

Thank you to each one who continues to pray for us and travel with us on our journey. I am so thankful that this blog has a positive outcome of where Mikayla stayed safe. Please communicate with your children. Your time and energy will be worth it.

“There’s a desire to protect children from the horrors of the world at the same time other children are being exposed to it. The more information kids have about things that are going on in the world, the better decisions they will make.” Deborah Ellis

“Anyone who does anything to help a child is a hero to me.” Fred Rogers

“Each day of our lives we make deposits in the memory banks of our children.” Charles R Swindoll

“It is easier to build strong children than to repair broken men.” Frederick Douglass